Our chiropractic clinic near Richfield offers 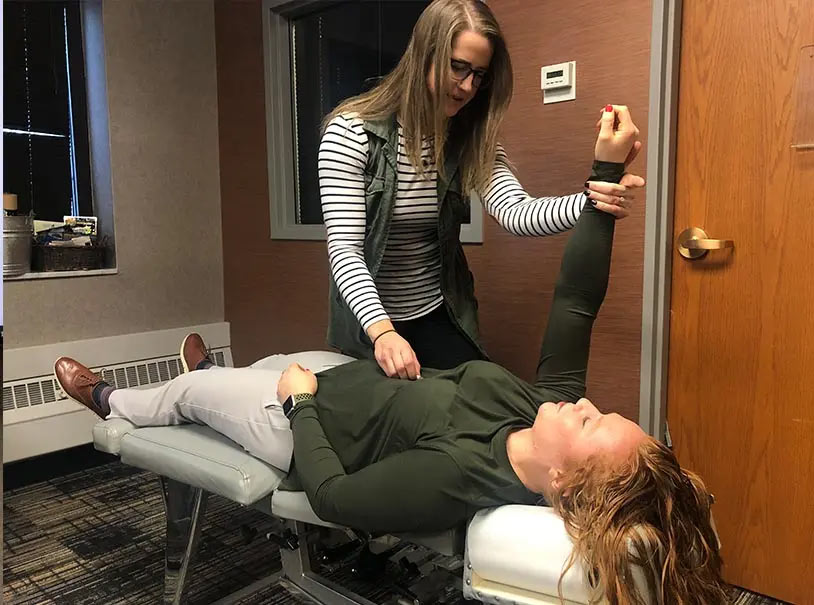 Chiropractic care is much different than traditional medicine, in that it seeks to address underlying physical causes, rather than trying to just manage symptoms by using drugs and pain-killers. You might have to use drugs your entire life to manage pain, but if the source of that pain were identified and then alleviated, you could begin moving toward a pain-free existence.

That’s exactly what our philosophy is at Chiropractic Health & Wellness, and we think that it should be your approach as well. Maybe in the past, you’ve thought about going to a chiropractor, but you just weren’t sure. Take the plunge today, and discover how chiropractic care in Richfield, MN can help you achieve long-lasting health and wellness.

We’d like you to think of Chiropractic Health & Wellness as your one-stop shop for all the possible chiropractic services you might need. Whether you’d like some expert advice on nutrition or you’re suffering from severe back pain, we can accommodate your needs at our wellness center. When you come in for an initial consultation, just explain what your goals and objectives are with chiropractic treatment, and one of our skilled professionals will be able to help you achieve those goals. After we’ve diagnosed the source of your pain or discomfort, we’ll be able to develop a customized plan for treating your issues, and then it’ll just be a matter of scheduling those sessions, so it’s convenient for you. Here are some of the areas we can provide assistance to you in:

When you’re working with one of our experts, you will reach your goals much faster, and that means you can begin enjoying a pain-free lifestyle once again. Don’t hesitate where your health is concerned – contact us today, so you can get started on a program which will lead you to a better whole-health situation, so you don’t have to face pain and discomfort every single day.

We have a number of highly skilled and qualified chiropractic experts here at our Richfield, MN care center. If you visit our clinic in the city, you might be surprised at how many services we offer, and the number of ways we can help you achieve a healthier version of yourself. Don’t let nagging pains in your back, your neck, or your arms and shoulders keep you out of action – get back in the swing of things after letting our experts work with you toward relieving all those aches and pains.

You may not be aware of the fact that a great many bodily pains and aches are actually due to spinal misalignments. When the spine is out of alignment, it can exert pressure on the surrounding nerves and tissue, and that’s when you start feeling pain. If the spine can be brought back into alignment, those pains are either reduced or eliminated entirely. Do yourself a favor, and let our experts diagnose the real cause of your aches and pains, and then we can help you get back to the kind of pain-free existence you once had.

“Unlike any other doctor's office I've ever been to - in a great way! Greeted by name at the door with friendly faces, not to mention I have no complaints about any of my visits whatsoever. Originally started seeing Dr. Evenson for a worker's comp case, and I was back to feeling my self in no time! I will recommend anyone and everyone to Dr. Evenson & Dr. Fargo. Thanks, guys 🙂”

“I was in a car accident in 2008 and saw a chiropractor for seven years without any improvement to my pain level or movement. This chiropractor told me that I would have to live with my condition for the rest of my life.When I couldn't take the pain any longer a friend introduced me to Dr. Fargo. After a thorough examine we came up with an evidence-based treatment plan that has dramatically improved my condition and now I'm pain free.I like Dr. Fargo because he helped me to understand my condition and why I had so much pain. He knows what he's doing. I lovingly call him a nerd because he's so passionate about his practice--he's always learning new things.I could go on and on, but I completely trust Dr. Fargo and you should too.”

“Terrific care in the aftermath of a "tumble"! They are the best!”

“The staff is super friendly and treats you like family. The chiropractor has helped me reduce my pain significantly. I would recommend them to everyone.”

“I recently started NRT and allergy testing with Dr. Kailey and have seen greater results than I had ever thought possible! I have PCOS and was at a standstill in my care until we started these techniques. With some hard work and a little accountability we were able to move the needle just enough to get my hormones back in the proper range. I can’t thank her, and the CHW team, enough for all they have helped me achieve.”

“I met Dr. Fargo and his staff on September 19, 2020. My son had great results with Dr. Fargo, and we brought his sister to Edina to see if we could get her some much needed help. We came specifically for the food sensitivities testing, but received so much more. By the time we left that day, not only had my daughter been tested for food sensitivities, but myself also, and both my daughter and myself received adjustments along with my husband. I have been back a handful of times since. I feel so good I can’t help share my amazing results with those around me. The food sensitivities are so amazing and I continue to return for adjustments. People around me are noticing the changes I have experienced and ask me what happened. I tell them I met Dr. Fargo and his staff! I drive 3 plus hours from South Dakota to visit the clinic. Like I tell others...it’s worth the drive!!! My life will never be the same and for that I am very grateful!”

“Great service all around. Would recommend to anyone and everyone.”

“I highly recommend Dr. Kailey and Chiropractic Health & Wellness. She takes the time to really understand my concerns and provide solutions to a degree that I have never before experienced at a medical facility. The stress and pain relief that I have felt so far has been amazing! The people at CHW make every effort to educate and make people feel welcome. I learn something new at every visit. And the office pups are a delight!”